While fooling around on eBay, I came across a lot of vintage models - there were three adults (Jumping Horse, Pony Hunter, Pony Mare), two foals (Camel Foal & Yearling), and three riders.

The pictures were a little frightening and the auction description was anything but encouraging. But...I had fallen in love with the pinto pony's cute little face and decided to keep an eye on the bidding. I then forgot about the whole thing until my phone reminded me shortly before the end of the auction. 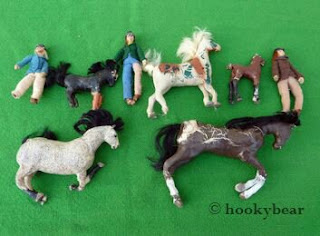 The price hadn't gone very high, so I decided to try my luck and placed a low bid. To my surprise I won and I immediately named the pinto pony "Cheeky". I paid on Sunday, the models were shipped on Monday from Jersey, and they arrived Tuesday afternoon, talk about service! 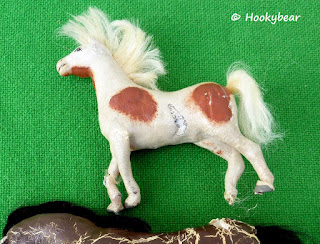 Opening the box was a bit like opening a grave; all of the models were in various stages of decay though they still retained their Julipy charm. There were no surprises, the models were exactly as described, but actually holding them in my hands and thinking about how I was going to bring my first lot of poorly vintages back to life was a bit daunting. 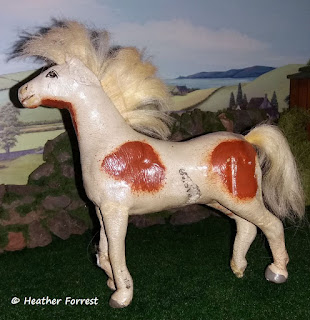 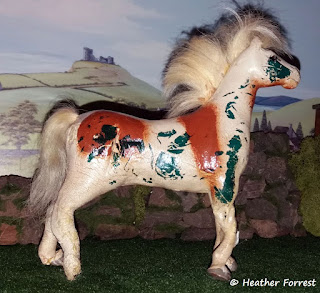 Cheeky proved true to his name and was the most difficult. When he arrived he had patches of green paint, gummy ears, broken legs, and an oozing patch on his side. He also had various dents and gouges over his body where he had gone soft while pressing against something harder than himself, and then firmed up again.

His legs were removed and used as guides to rewire and resculpt new ones. The ears were a squashed, gummy mess and had to be replaced. His body has been completely encased in Milliput to contain his tendency to ooze and crumble.

He was airbrushed with acrylic paint and then sealed with a clear coat. He's not true white, but a light ivory/grey, a nod to his aged and yellowed original paint; it's subtle as I didn't want him as dark as he was when he arrived. His pattern has been duplicated as closely as possible from his Before pictures. 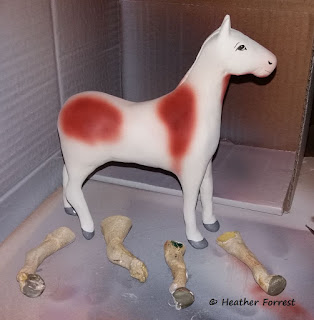 I was able to salvage his original hair which was a vital component in retaining his original personality. I absolutely adore this model and I only wish his original owner could know how well he's doing in his new home. 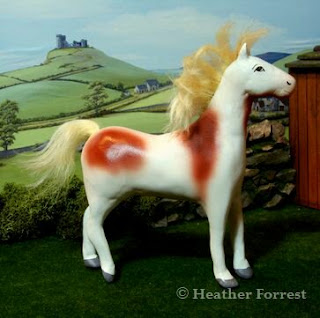 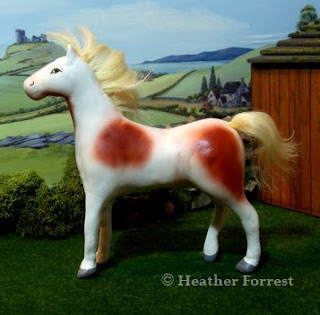 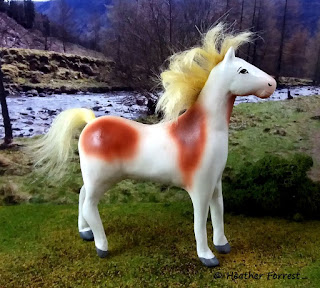 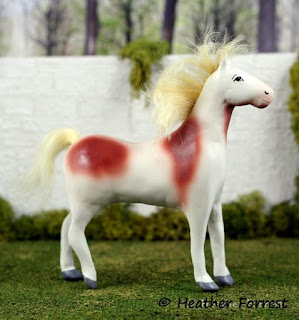 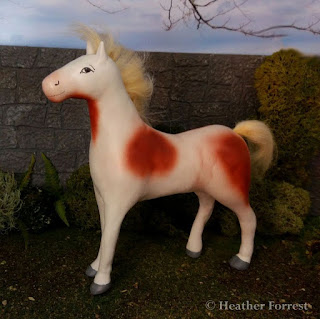 Posted by Heather Forrest at 11:52 am