Comus is from the same auction as Cheeky and has been heavily restored, too. The colour is almost identical to the original paint, but I airbrushed the legs instead of hand painting them and the mane and tail were originally unpainted. 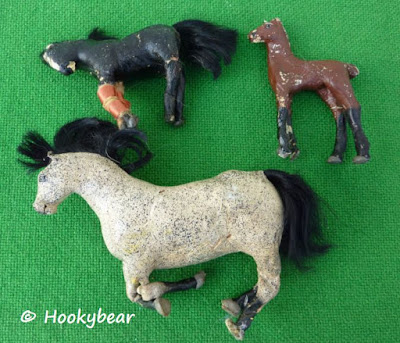 I was intending to only take on Cheeky and Jubilee in my first attempt at restoration, but somehow Comus snuck into this repair group, too. 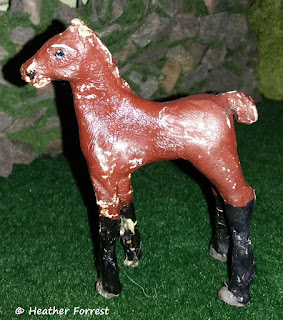 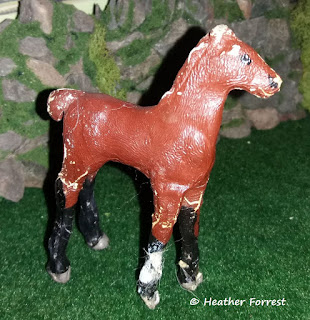 He was quite hard, had rather chewed legs, and his paint was rippled all over. I thought he would be an easy fix as he looked like he just needed a little patching, but after he got a new shoulder, he turned to goo. 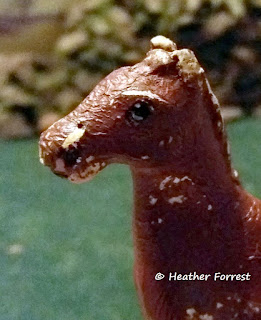 If I was doing this again, I would have completely removed and resculpted his hind legs as they went gooey and have given me nothing but trouble as the thin layer of Milliput over them has a tendency to crack. As it is, he's 99% original under his Milliput; only his ears have been replaced. 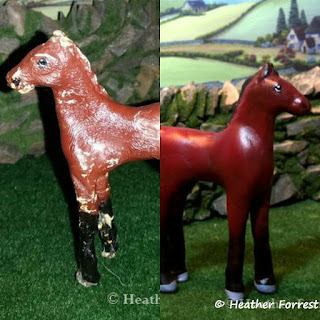 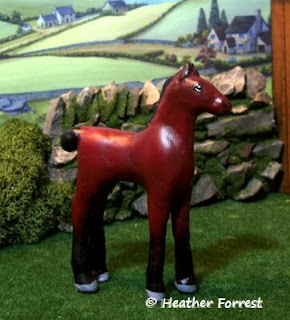 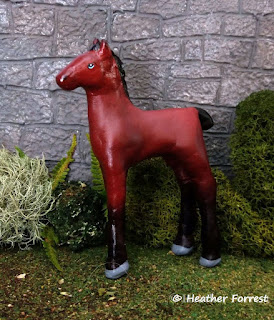 Posted by Heather Forrest at 12:11 pm