I'm not sure when the pet shaming fad started, but my Facebook feed was teeming with these posts in early 2018, and when Stacey announced the pets-only scene class for Lake District, I knew what I had to do. Out of the dozens of posts I saved, I managed to narrow it down to ten per animal group, then thin it down still further to no more than five each for the final group.

Some of the props were from my prop box - hand-made items or Playmobil bits - but others, like the roadkill were specially made for this setup. All the pet shames are real, though some have been edited slightly for length. Each "post" is in an Facebook post frame.

My two Tamatoas insisted on being featured here, since little Tam was hanging out in the prop box with the pet shaming pieces. 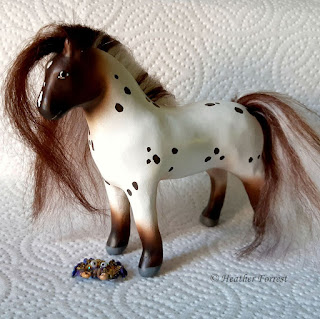 Posted by Heather Forrest at 8:11 pm