In 2016 I needed to travel from Kirriemuir to Crieff to retrieve my jeep, Spot, from the dealership where he had been undergoing some rather extensive surgery. It's not what I would consider a particularly long journey, but it's a fairly tedious one from Kirrie as it involves changing buses in three towns. To while away the time with something other than the usual book, I brought Zirondelle along to attempt my first travel story. 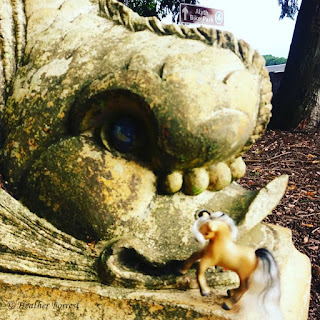 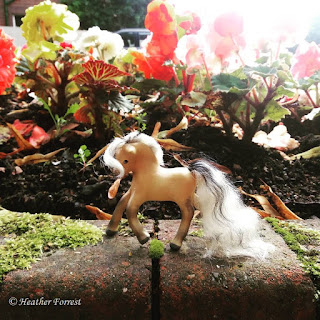 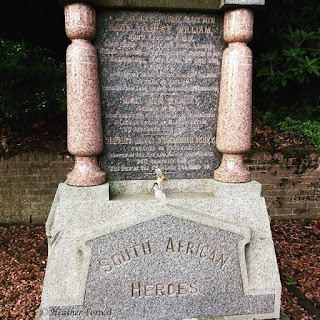 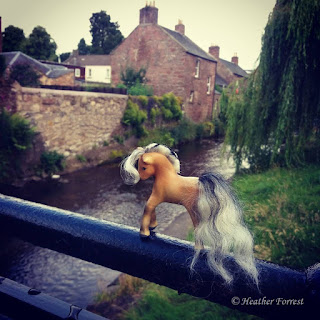 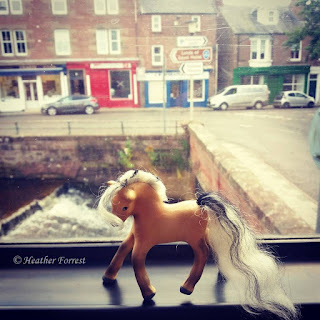 Around and about Alyth while waiting for our next bus. This was my first time Juliping in the wild, so I was a bit self-conscious about the whole thing. Now I just whip out my pony and go for the kill. 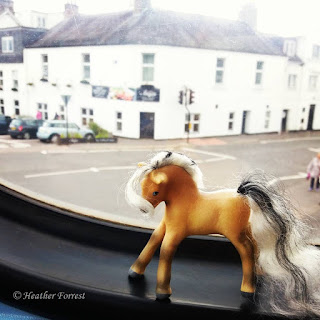 I didn't have much time to catch my bus in Blairgowrie, so there was only time to snap one quick picture before it was time to move on. 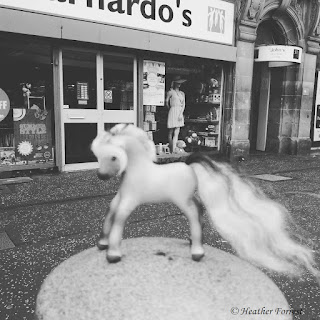 There wasn't much time for pictures in Perth, either, and the wind had become so strong that it was difficult to get even one. This was the best of the lot and Zirondelle was blown off her post half a second after the shutter clicked. 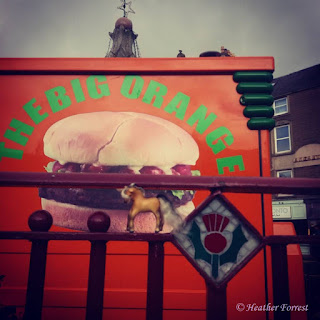 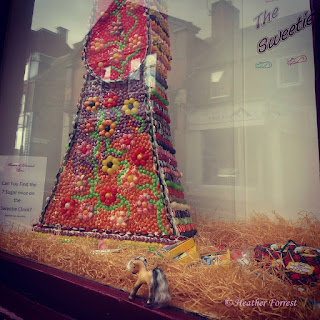 We got to Crieff just ahead of the rain. Two quick pictures, a cruise through a couple of charity shops, and a stop in the fabulous deli for a sandwich to-go, and it was off down the hill to the dealership for Spot.
Posted by Heather Forrest at 9:47 pm