Vintage Boxes & The Treasures Within

I recently won a lot of vintage riders, accessories, and pets, which all came in their original boxes, which is a rather unusual occurrence as most people would just throw the packaging away. I've been wanting a vintage sidesaddle rider for a while and the other riders were particularly nice as well... and I've never been known to pass up a chance at any pet.

I couldn't find any dates on the boxes beyond the month - October, November, and one blurred - but the stamps are pre-decimalization stamps which were discontinued in 1971 and I've found examples of these particular stamps listed with the date of 1967, though I'm not sure how many years they were available. So, I'm guessing the dates of these models are some time between 1967 and 1971. 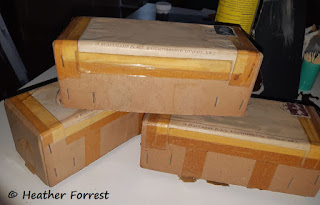 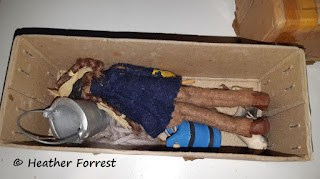 In the first box I opened was the rather disgruntled youth rider and her Hunt Terrier, with an assortment of stable tools, including a latex Julip bucket! Her jacket is slightly moth-eaten, so she might get a new one. 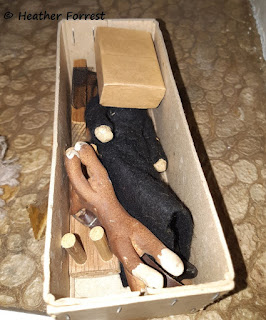 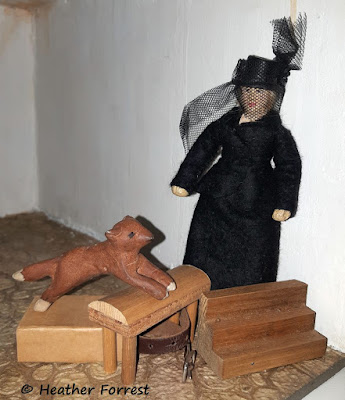 The sidesaddle rider is just beautiful. Based on the auction pictures, I expected her habit to be a bit tattered, but it is nearly immaculate, and what I thought were holes were just bits of fluff. 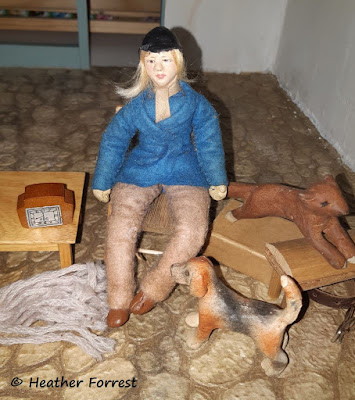 I was so caught up in the moment I forgot to take a coffin picture of this lot. The rather exhausted looking doll is in very nice condition, though her leg wires are broken. I thought her face looked stained in the auction pictures, but it was actually just an old bit of cobweb! How cute is that clock? 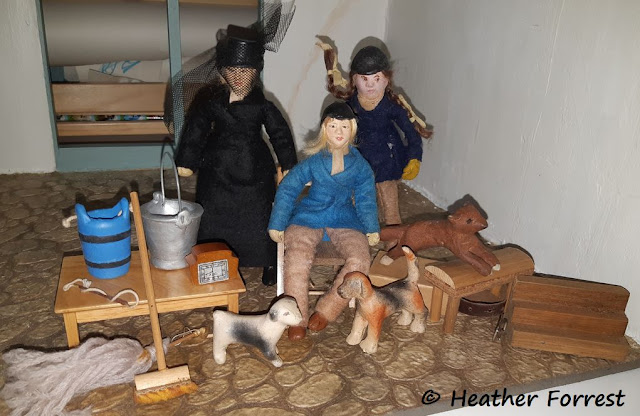 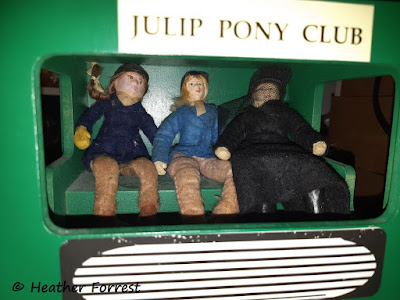 I needed a safe place to put the gang and figured the cab of one of the lorries would work quite well. 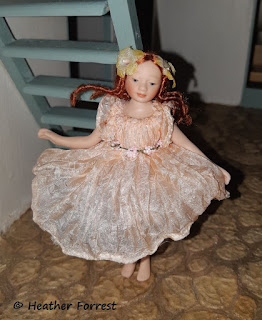 This little girl wasn't in the lot, but I wanted to show her off. I found her recently in a charity shop and for a couple of pounds rescued her from her shadow box. She's really a lovely little porcelain doll. 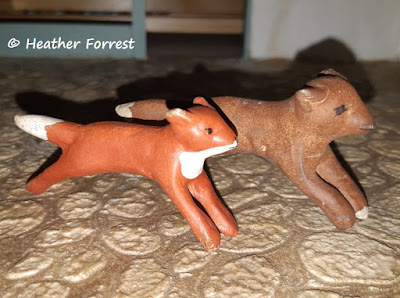 My first vintage fox, Brisk, with our new one, Zip. Look at the size difference there! 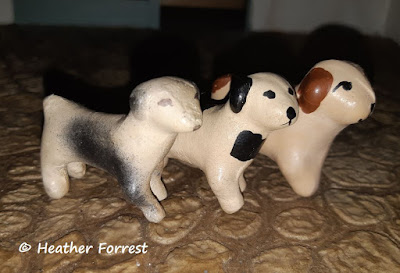 My hunt terriers by age, the newest (and oldest) dog at the front - Pachisi, Peeverel, & Paka 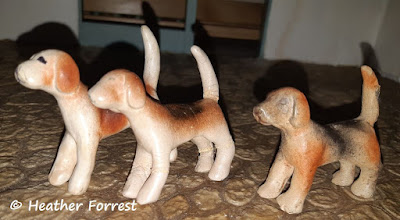 My vintage Hounds, Granville & Bennett with my new (and first) vintage Beagle, Le Fou
Posted by Heather Forrest at 7:12 pm